The story about how yoga came to be this way is both simple and complex. In a way, it feels like our nation has corrupted traditional yoga. Yoga in itself is a practice of self-awareness, self-inquiry, and self-liberation. It is not inherently exclusive or discriminatory. But, one might say that yoga in the U.S. is just highlighting what is already present in America in terms of a superior body image and commodification.

I recently attended a workshop about cultural appropriation led by Roopa Singh. If you have not read some of her work yet, start here. She is a leader and scholar in exploring these types of questions about yoga in the west and how to honor the history and foundation of traditional yoga. She founded the South Asian American Perspective on Yoga in America (SAAPYA).

During her talk and the conversations that occurred afterward I started to see how we are talking about something much bigger than yoga. America was founded on a white supremacist and capitalism system. In this system, Roopa explains that wellness has also become a commodity. It has become something that is purchased, and therefore is not available to everyone equally. This system makes us believe that there is not enough wellness for everyone. It is a commodity that has been absorbed in inequity, and is disproportionately representing Whiteness.

Yoga has become a wellness commodity that is expensive financially and hard to access for those who are marginalized by society. As an example of this, in my thesis survey many of the people who practice yoga first learned about it through a college course. There is a common tie between access to higher education and access to yoga. The people of color who have been able to find yoga this way are also those who have been able to navigate themselves in spaces where they are commonly the minority. It does not mean, however, that they do not experience the same internalized doubt and fears about not feeling welcomed as their excluded counterparts.

I myself found yoga when I was in college. In some of the studios I have practiced in Los Angeles, I have often looked around and thought about all of the people that never get the opportunity to have this luxury. Even if they would not choose yoga, I found myself mostly concerned with a lack of awareness and opportunity amog many to dedicate time and money in one’s own health and well-being.

In this larger system that benefits only a small portion of our nation, we not only exclude  many from accessing wellness practices, but also increase their toxic burden. In many communities of color you will find higher levels of environmental pollution, limited green spaces, lack of access to fresh food products, increased presence of toxic factories, etc. (Don’t believe me? Google: I heart Wilmington campaign, and see what one community did to fight again exactly that.) I would argue that these communities are then the ones that should receive the most wellness support. Not less. Yet there are very few yoga classes available in communities of color in Los Angeles (i.e. South LA, West Adams, Inglewood), while cities like Silverlake and Santa Monica have an abundance of classes to choose from concentrated within blocks of each other.

You do not have to focus on the yoga studio to see examples of how our society (perhaps unintentionally, but quite actively) works to exclude and marginalize some, and protect and benefit others. I have seen this in higher education, in graduate school, in environmental and conservation groups, in coffee shops that move in to neighborhoods with prices that blatantly exclude those who have lived there their entire lives; and even in trendy restaurants where the majority of the staff are undocumented workers.

The difference is that if we follow the yoga philosophy, yoga can become a tool to help us become aware of ourselves and our role within this larger. Using greater self-awareness, we can move through our lives making choices that align with yogic values and our own values. Roopa posed a powerful question during her talk, asking us, “Who are You Within Yoga?” I would also add: “Who are You Within this System?” How will you use your yoga practice to think and act in the face of injustice, inequality, and violence?

Changing the larger system that has been in place since the birth of the nation is a large task to take on. I think there are a few places to start which are available now. First, let people of color share their experience and tell their stories. (Like I’m doing here…) Often when I share my thoughts about mainstream yoga being exclusive, I have been met with resistance about whether that is a true experience. After my thesis presentation at LMU, I was approached by two white men who had further questions for me. The first asked about whether yoga was in fact becoming more accessible through home videos and the Internet. The second asked about taking yoga outdoors, and whether it was gaining more popularity in parks. Both of these ideas have some truth and significance in recognizing the forward evolution of yoga in the West. Yet, I felt both of these men ultimately missed the point of my presentation.

People of color should not have to use the Internet or find a class in a park in order to have access to yoga and the health benefits they can experience from a regular practice. It also does not change the fact that they are being excluded from the studio experience. Everyone deserves the opportunity to practice in a place where they have an instructor to guide them safely and to build community. If you hear someone telling you that they feel excluded, listen and believe them. Their story does not threaten yours.

Second, we can all support organizations within yoga that are prioritizing people of color and other marginalized groups. This work is important because it allows people of color to share spaces where they feel safe to talk about this experience and to celebrate themselves. It is not about exclusion of others. It is about the support to break through the doubts, fears, and traumas of living within a system that is working against you.

On a personal level, I believe practicing yoga brings you closer and closer to your authentic self. Although yoga did not originate in Mexico, practicing yoga as a Mexican-American has brought me closer to my own culture’s healing practices, my roots, my history, and my family. 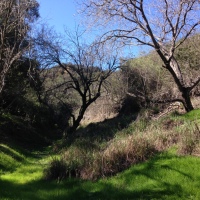 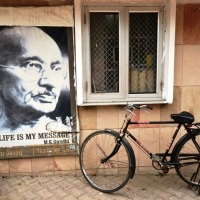